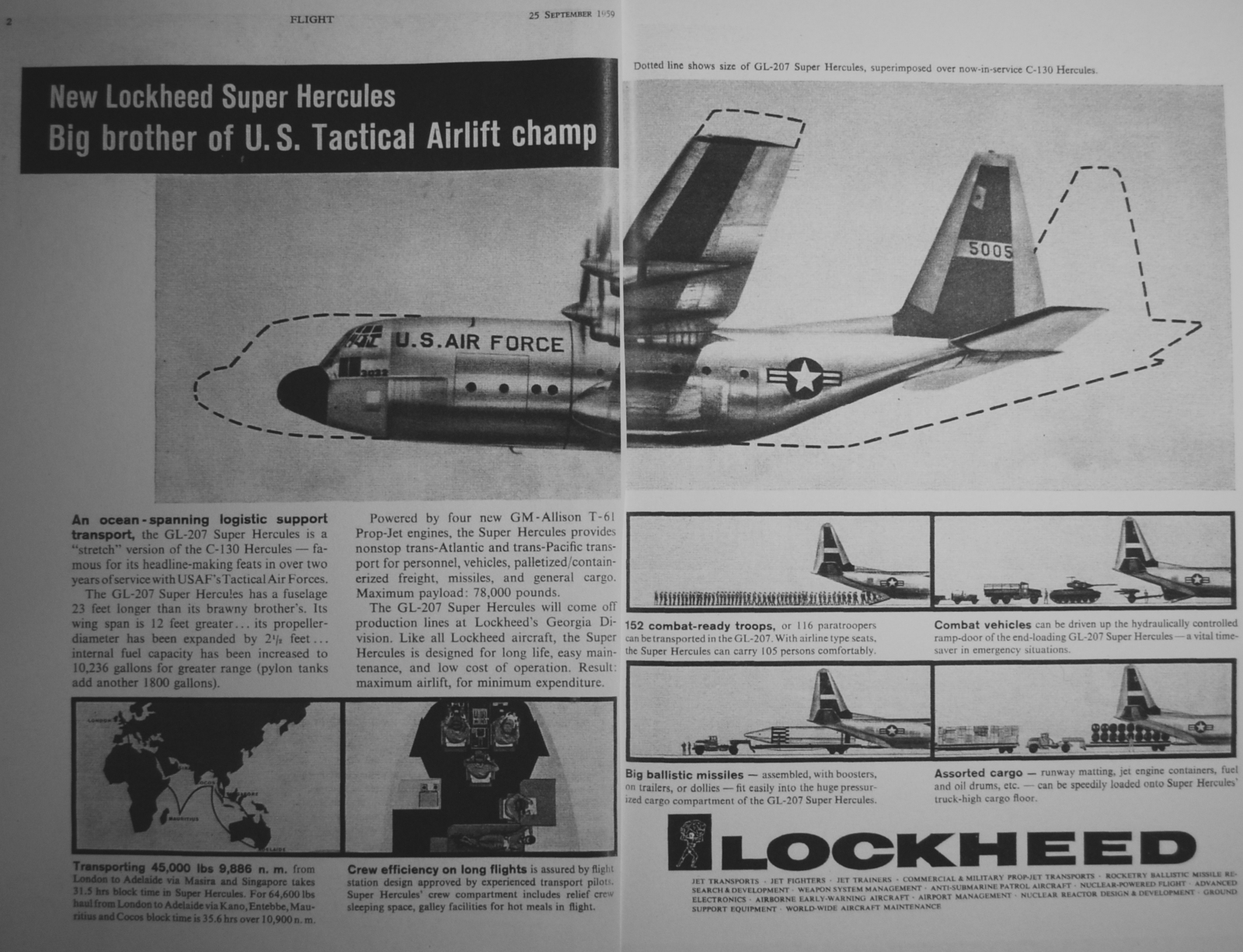 An ocean - spanning logistic support transport, the GL-207 Super Hercules is a "stretch" version of the C-130 Hercules — famous for its headline-making feats in over two years of service with USAF's Tactical Air Forces.

The GL-207 Super Hercules has a fuselage 23 feet longer than its brawny brother's. Its wing span is 12 feet greater... its propeller- diameter has been expanded by 2 ½ feet... internal fuel capacity has been increased to 10,236 gallons for greater range (pylon tanks add another 1800 gallons).

The GL-207 Super Hercules will come off production lines at Lockheed's Georgia Di- vision. Like all Lockheed aircraft, the Super Hercules is designed for long life, easy maintenance, and low cost of operation. Result: maximum airlift, for minimum expenditure.

152 combat-ready troops, or 116 paratroopers can be transported in the GL-207. With airline type seats, the Super Hercules can carry 105 persons comfortably.

Combat vehicles can be driven up the hydraulically controlled ramp-door of the end-loading GL-207 Super Hercules — a vital time- saver in emergency situations.

Big ballistic missiles — assembled, with boosters, on trailers, or dollies — fit easily into the huge pressurized cargo compartment of the GL-207 Super Hercules.