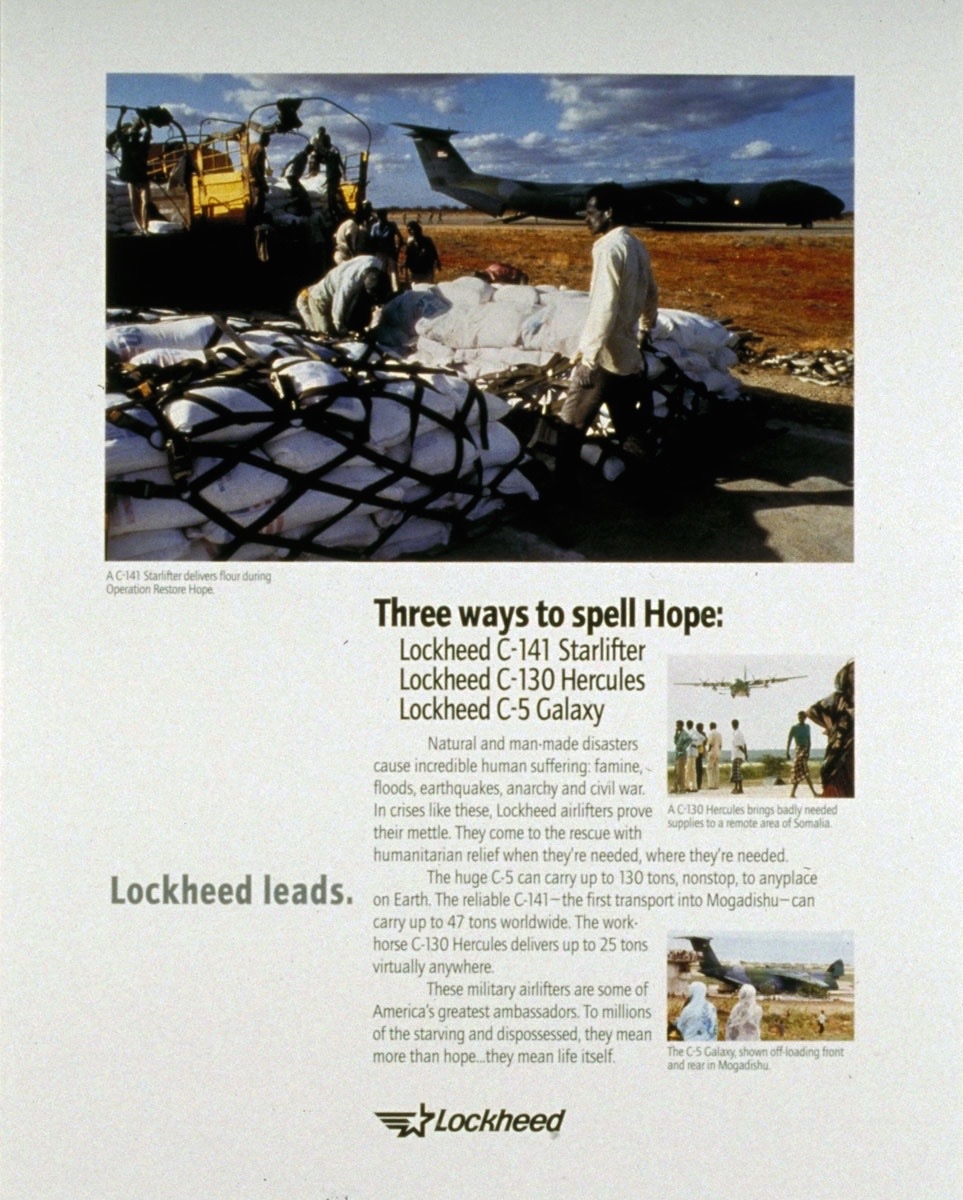 Natural and man-made disasters cause incredible human suffering: famine, floods, earthquakes, anarchy and civil war. In crises like these, Lockheed airlifters prove their mettle. They come to the rescue with humanitarian relief when they’re needed, where they’re needed.

The huge C-5 can carry up to 130 tons, nonstop, to anyplace on earth. The reliable C-141 – the first transport into Mogadishu – can carry up to 47 tons worldwide. The workhorse C-130 Hercules delivers up to 25 tons virtually anywhere.

These military airlifters are some of America’s greatest ambassadors. To millions of the staving and dispossessed, they mean more than hope…they mean life itself.

The C-5 Galaxy shown off-loading front and rear in Mogadishu.