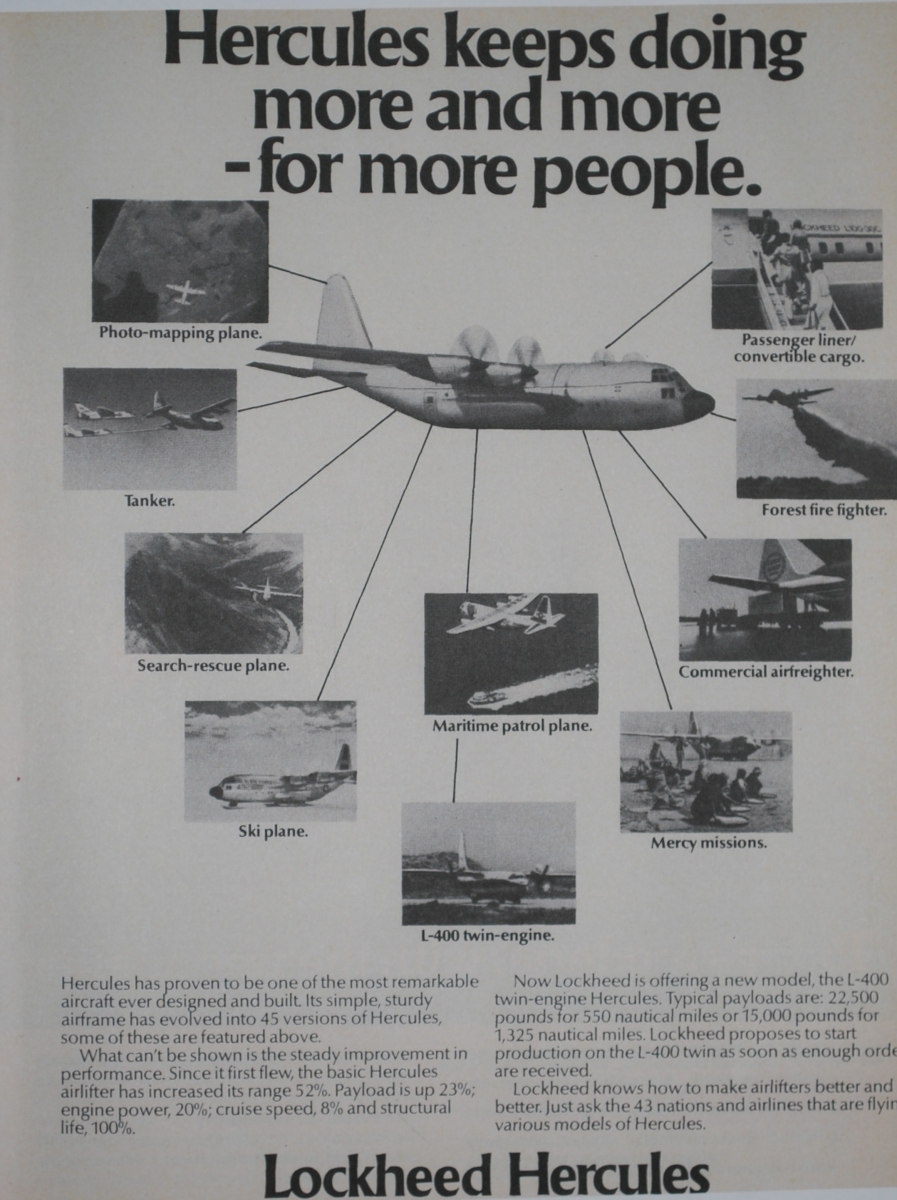 Hercules has proven to be one of the most remarkable aircraft ever designed and built. Its simple, sturdy airframe has evolved into 45 versions of Hercules, some of these are featured above.

What can't be shown is the steady improvement in performance. Since it first flew, the basic Hercules airlifter has increased its range 52%. Payload is up 23%; engine power, 20%; cruise speed, 8% and structural life, 100%.

Lockheed knows how to make airlifters better and better. Just ask 43 nations and airlines that are flying various models of Hercules.

Background: The Lockheed L-400 was designed to serve the needs of a large number of Hercules operators for an economical airlifter for shorter range, lower payload missions. Studies began in the late 1970s. Several options—including a new aircraft—were considered, but a twin-engine derivative of the Hercules was seen as the most logical. The L-400, which would have been built on the C-130 assembly line in Marietta, Georgia, was expected to offer more than ninety percent spares, facilities, mission equipment, and support services commonality with the C-130. The program was officially launched in January 1980 with first flight expected by 1982 and, after FAA certification, delivery to the first customer by 1983. However, the market never developed and the program was shelved by the mid-1980s.