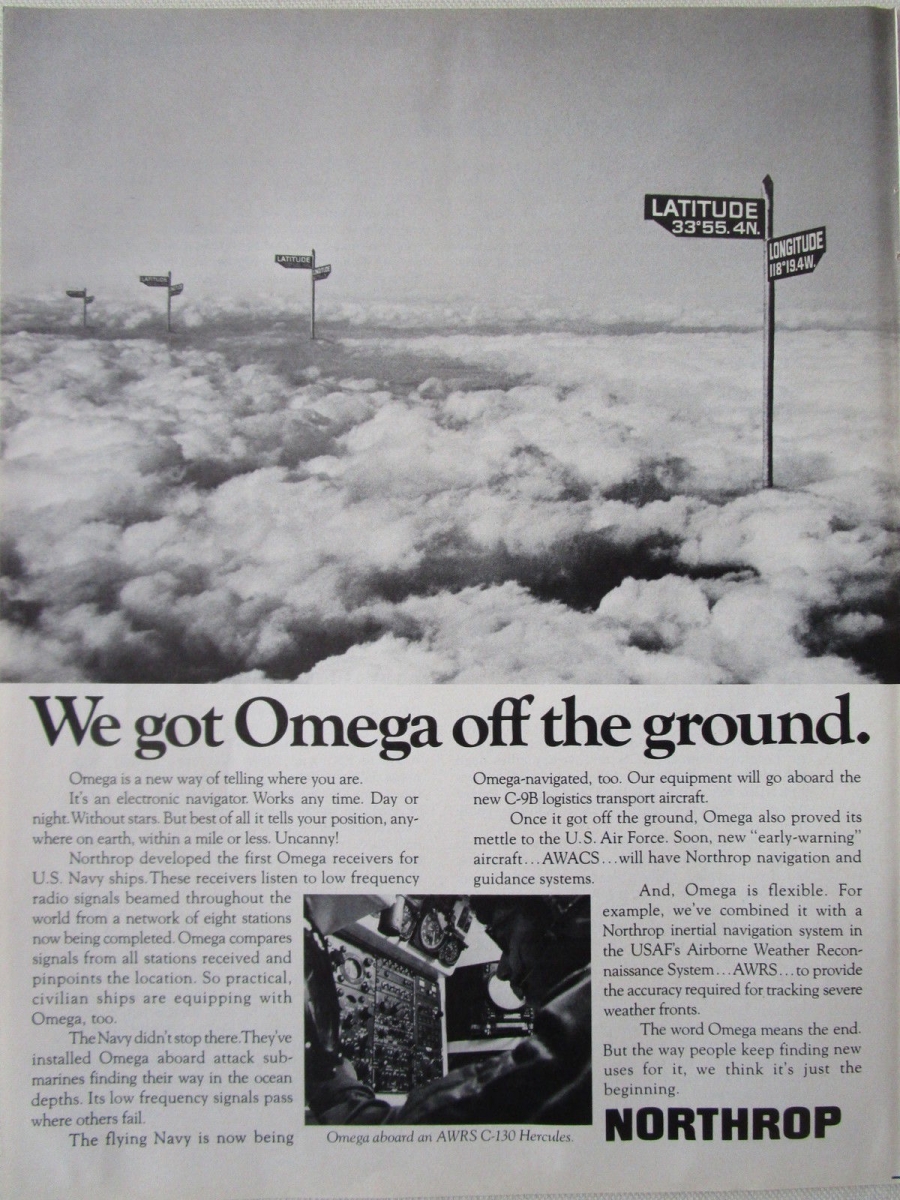 We got Omega off the ground.

Omega is a new way of telling where you are.

It’s an electronic navigator. Works any time. Day or night. Without stars. But best of all it tells your position, anywhere on earth, within a mile or less, Uncanny!

Northrop developed the first Omega receivers for U.S. Navy ships. These receivers listen to low frequency radio signals beamed throughout the worlds from a network of eight stations now being completed. Omega compares signals from all stations received and pinpoints the location. So practical, civilian ships are equipping with Omega, too.

The Navy didn’t stop there. They’ve installed Omega aboard attack submarines finding their way in the ocean depths. Its low frequency signals pass where others fail.

The flying Navy is now being Omega-navigated, too. Our equipment will go aboard the new C-9B logistics transport aircraft.

Once it got off the ground, Omega also proved its mettle to the U.S. Air Force. Soon, new “early-warning” aircraft…AWACS…will have Northrop navigation and guidance systems.

And, Omega is flexible. For example, we’ve combined it with a Northrop inertial navigation system in the USAF’s Airborne Weather Reconnaissance System…AWRS…to provide the accuracy required for tracking severe weather fronts.

The word Omega means the end. But the way people keep finding new uses for it, we think it’s just the beginning.