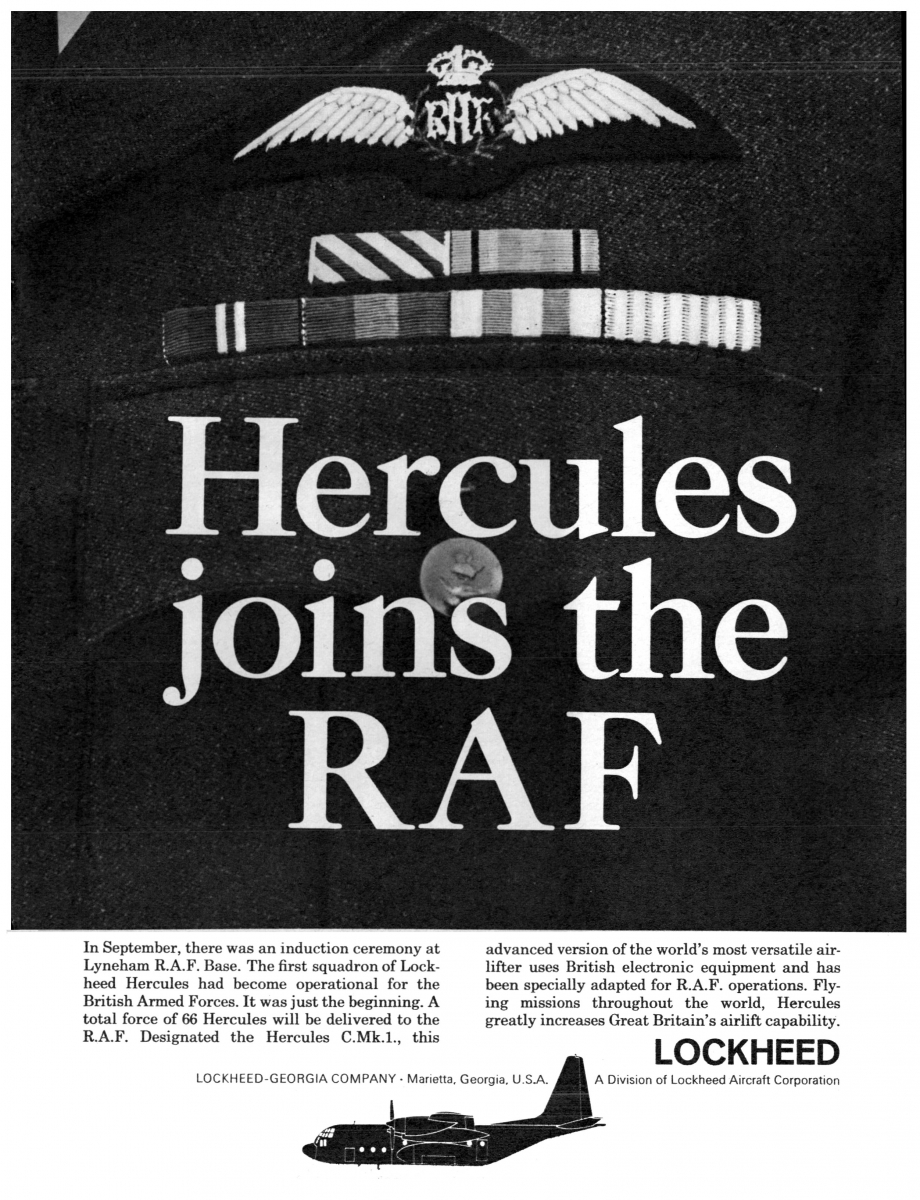 In September, there was an induction ceremony at Lyneham R.A.F. Base. The first squadron of Lockheed Hercules had become operational for the British Armed Forces. It was just the beginning. A total force of 66 Hercules will be delivered to the R.A.F. Designated the Hercules C.Mk.1., this advanced version of the world’s most versatile airlifter uses British electronic equipment and has been specially adapted for R.A.F. operations. Flying missions throughout the world, Hercules greatly increases Great Britain’s airlift capability.

A Division of Lockheed Aircraft Corporation