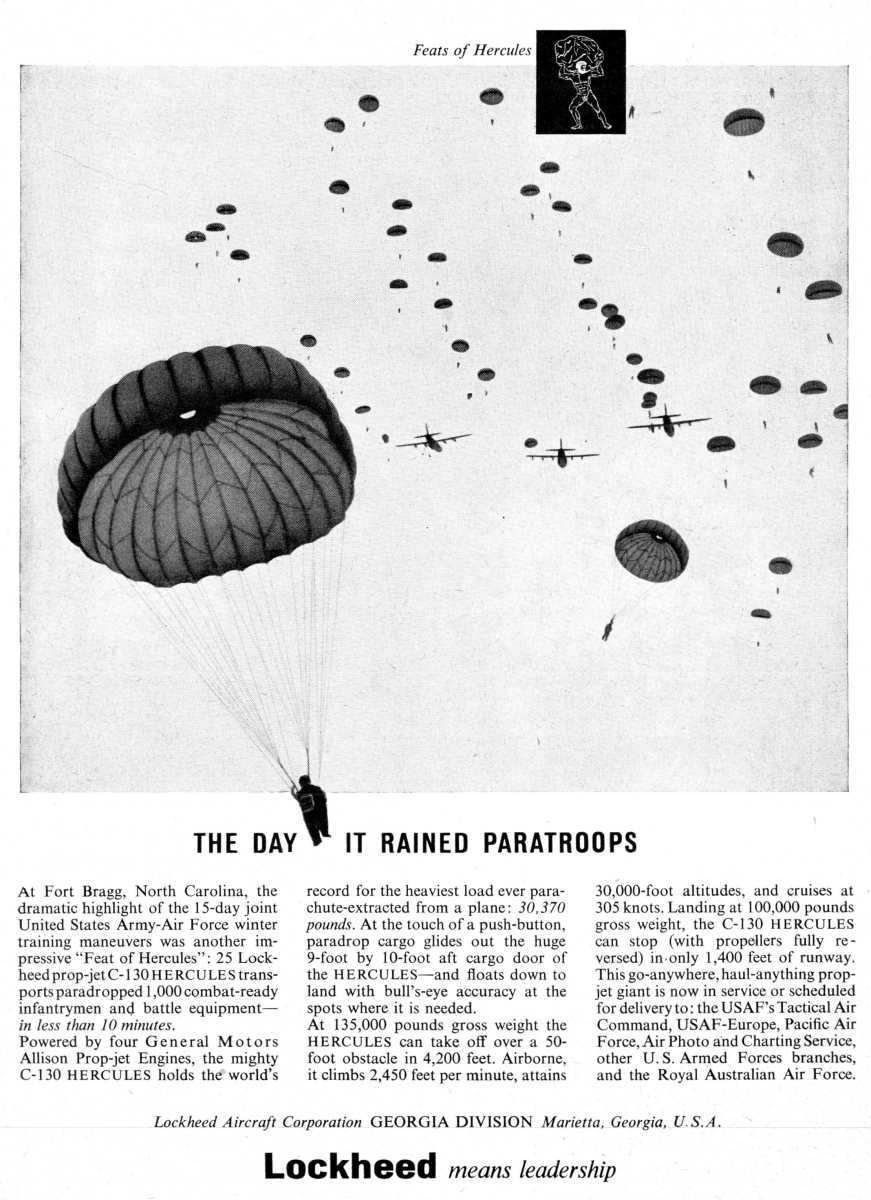 THE DAY IT RAINED PARATROOPERS

Powered by four General Motors Allison Prop-jet Engines, the mighty C-130 HERCULES holds the world’s record for the heaviest load ever parachute-extracted from a plane: 30,370 pounds. At the touch of a push-button, paradrop cargo glides out the huge 9-foot by 10-foot aft cargo door of the HERCULES – and floats down to land with bull’s-eye accuracy at the spots where it is needed.

At 135,000 pounds gross weight the HERCULES can take off over a 50-foot obstacle in 4,200 feet. Airborne, it climbs 2,450 feet per minute, attains 30,000-foot altitudes, and cruises at 305 knots. Landing at 100,000 pounds gross weight, the C-130 HERCULES can stop (with propellers fully reversed) in only 1,400 feet of runway. This go-anywhere, haul-anything propjet giant is now in service or scheduled for delivery to: the USAF’s Tactical Air Command, USAF-Europe, Pacific Air Command, Air Photo and Charting Service, other U.S. Armed Forces branches, and the Royal Australian Air Force.