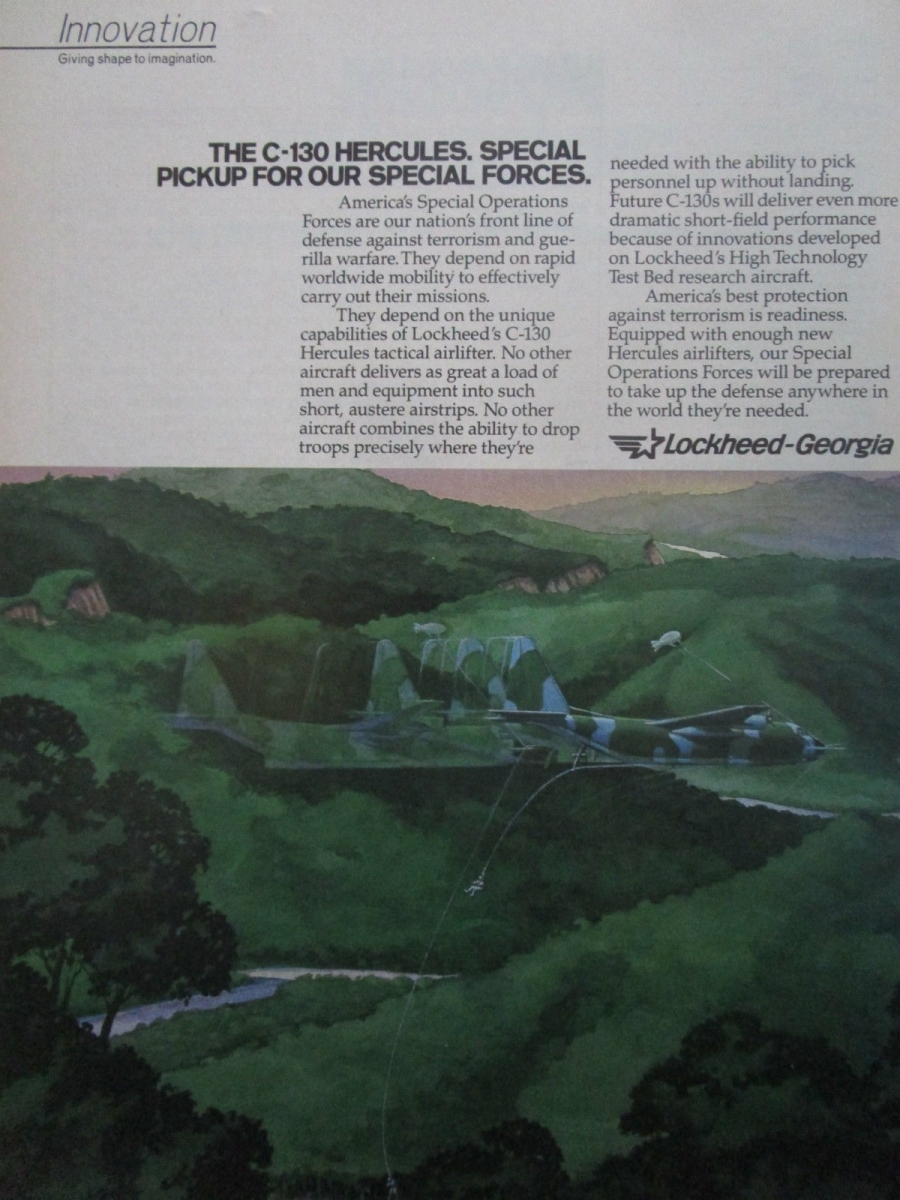 PICKUP FOR OUR SPECIAL FORCES.

America’s Special Operations Forces are our nation’s front line of defense against terrorism and guerilla warfare. They depend on rapid worldwide mobility to effectively carry out their missions.

They depend on the unique capabilities of Lockheed’s C-130 Hercules tactical airlifter. No other aircraft delivers as great a load of men and equipment into such short, austere airstrips. No other aircraft combines the ability to drop troops precisely where they’re needed with the ability to pick personnel up without landing. Future C-130s will deliver even more dramatic short-field performance because of innovations developed on Lockheed’s High Technology Test bed research aircraft.

America’s best protection against terrorism is readiness. Equipped with enough new Hercules airlifters, our Special Operations Forces will be prepared to take up the defense anywhere in the world they’re needed.