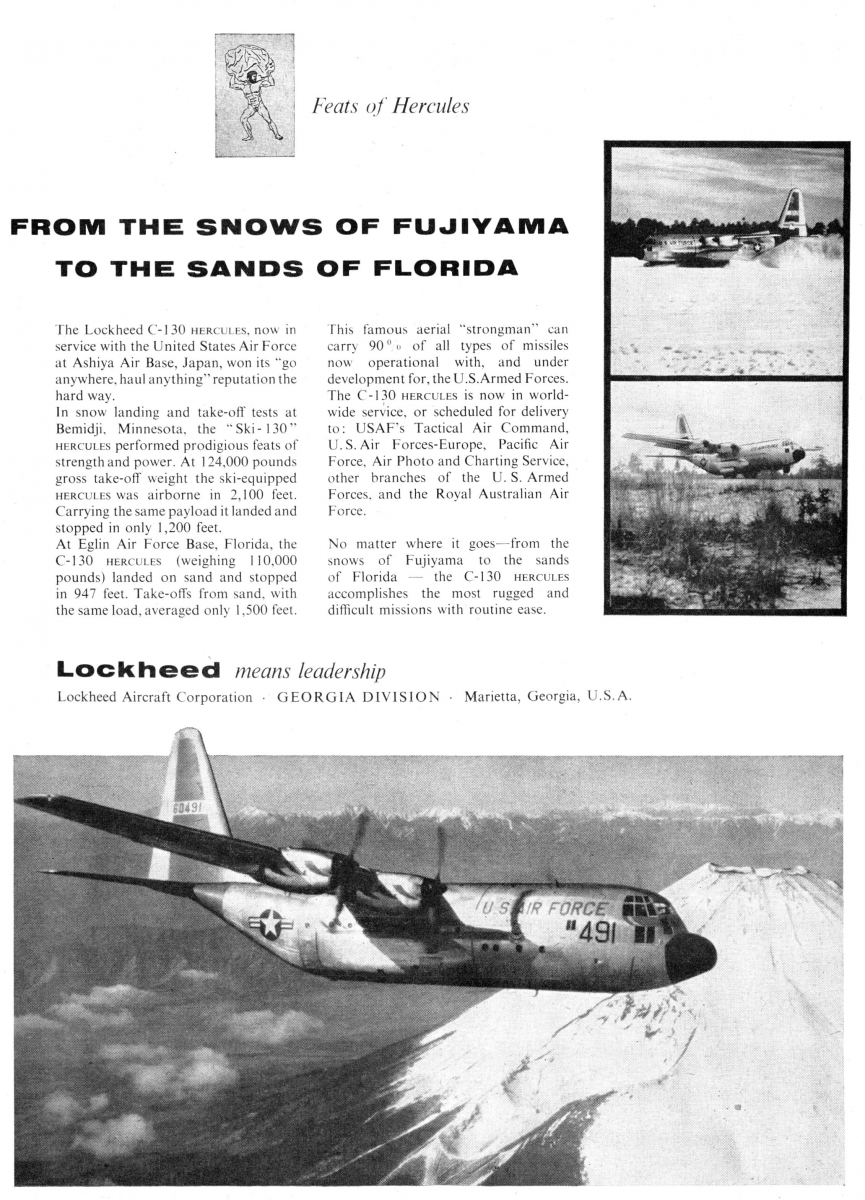 FROM THE SNOWS OF FUJIYAMA

TO THE SANDS OF FLORDIA

The Lockheed C-130 Hercules, now in service with the United States Air Force at Ashiya Air Base, Japan, won its “go anywhere, haul anything” reputation the hard way.

In snow landing and take-off tests at Bemidji, Minnesota, the “Ski-130” HERCULES performed prodigious feats of strength and power. At 124,000 pounds gross take-off  weight the ski-equipped HERCULES was airborne in 2,100 feet. Carrying the same payload it landed and stopped in only 1,200 feet.

This famous aerial “strongman” can carry 90% of all types of missiles now operational with, and under development for, the U.S. Armed Forces.

No matter where it goes – from the snows of Fujiyama to the sands of Florida – the C-130 HERCULES accomplishes the most rugged and difficult missions with routine ease.