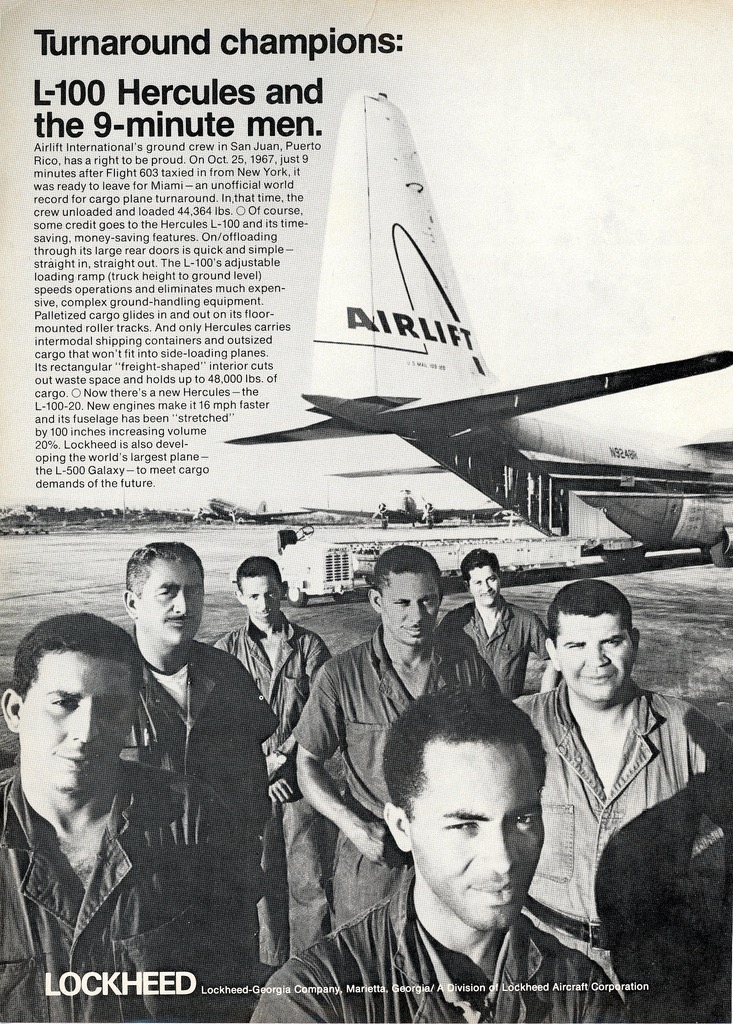 Airlift International’s ground crew in San Juan, Puerto Rico, has a right to be proud. On Oct 25, 1967, just 9 minutes after Flight 603 taxied in from New York, it was ready to leave for Miami – an unofficial world record for cargo plane turnaround. In, that time, the crew unloaded and loaded 44,364 lbs.

Of course, some credit goes to Hercules L-100 and its timesaving, money-saving features. On / off loading through its large rear doors is quick and simple – straight in, straight out. The L-100’s adjustable loading ramp (truck height to ground level) speeds operations and eliminates much expensive, complex ground-handling equipment. Palletized cargo glides in and out on its floor-mounted rolled tracks. And only Hercules carries intermodal shipping containers and outsized cargo that won’t fit into side-loading planes. Its rectangular “freight-shaped” interior cuts out waste space and holds up to 48,000 lbs. of cargo.

Now there’s a new Hercules  - the l-100-20. New engines make it 16 mph faster and its fuselage has been “stretched” by 100 niches increasing volume 20%. Lockheed is also developing the world’s largest plane – the L-500 Galaxy – to meet cargo demands of the future.